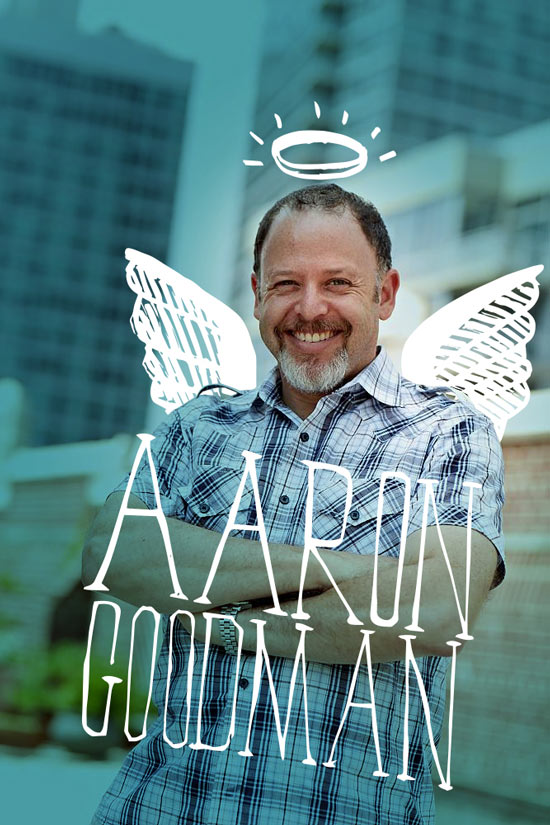 Aaron Goodman is a Manhattan based photo-illustrator and art director. Over the course of his 18 year career, Aaron has conceived, produced, shot, and retouched over 1200 creative projects for over 80 editorial, publishing, and agency clients. His idea driven work has won awards from Communication Arts, Photo District News, The society of Publication Designers, and the Western Publishing Association.

Having often been called upon to develop ideas and visual styles for his clients, Aaron decided in 2008 to expand into art direction. Founding a new creative company, Wind-up Creative, he takes on creative design and key art assignments for entertainment brands like Tru-TV, CMT, TVone, Oxygen, WGN, Ovation, Turner Networks, NBC Universal, ESPN, and DirecTV.

Aaron lives with his wife Terry, and his 2 sons Nathan and Zachary. For fun, he likes to injure himself with the vast array of power tools he uses to renovate their 98 year old house.

“It was a privilege to be asked to judge this year's CADC awards. When you work in a creative field, you spend so much time frantically producing work on deadline that it is a pleasure to stand back and just look at someone else's work… debate it, discuss it. Figure out what makes it successful. The process of selecting the awards with the other judges was great fun… like being back in college again.” 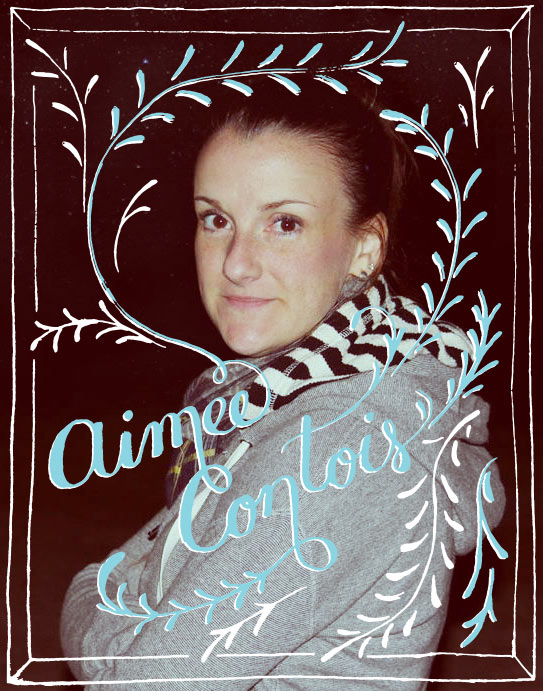 Aimee is a proud Long Island native though she lost her accent at the University of Connecticut, where she earned her BFA in Graphic Design. Seeking another adventure after college, she started her own marketing and design company, LemonAid Factory Inc, which specializes in creating cohesive and uniform branding materials, as there are usually some deviating lemons in the bunch.

Over the years, Aimee’s creative portfolio has expanded to include exciting projects for Kohler, Verizon, Go Daddy, Lenox, Kips Bay Decorators Show House, Westminster Kennel Club, The Clinton Foundation, as well as a long list of interior designers. Her work has also been published in many interior design magazines such as Architectural Digest, Veranda, Elle Décor, NY Spaces, and most recently, cover-to-cover book design for Gibbs Smith.

Looking towards the future, her dream client would be a microbrewery in need of branding that is just as clever and carefully crafted as their tasty brews (not to mention with an endless budget). A girl can dream, can’t she?

“I absolutely loved being a judge for this year’s CADC awards. I was rightfully nervous critiquing for this prestigious event, but thankfully the entire process was insightful, educational, inspiring, and simply a cool experience. It had similarities to visiting a gallery and left me with a creative burst and many smiles, and some pieces made me go, “WOW.” I encourage all designers to be a part of future award shows within the design world. It truly instills a deep respect for your fellow design peers.” 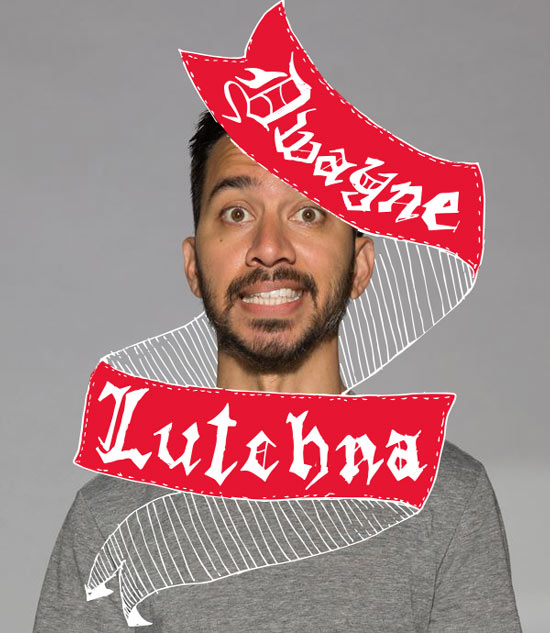 Dwayne Lutchna is a Graphic Designer living in Brooklyn, NY. He graduated from The School of VISUAL ARTS and has nearly 17 years of experience in the Media & Entertainment industry. Dwayne is currently a Senior Designer at Comedy Central, where he creates key art for print and digital ad campaigns to promote their shows and the brand.

“Such an awesome experience! From the beautiful drive up to Connecticut, to the special vegan gift basket in my hotel room, to the judging process, and interesting discussions and debates, fighting for every entry we loved — it was definitely one I'll remember.”

“My hats off to the CADC and all the volunteers for organizing such an ambitious project. You guys are amazing!” 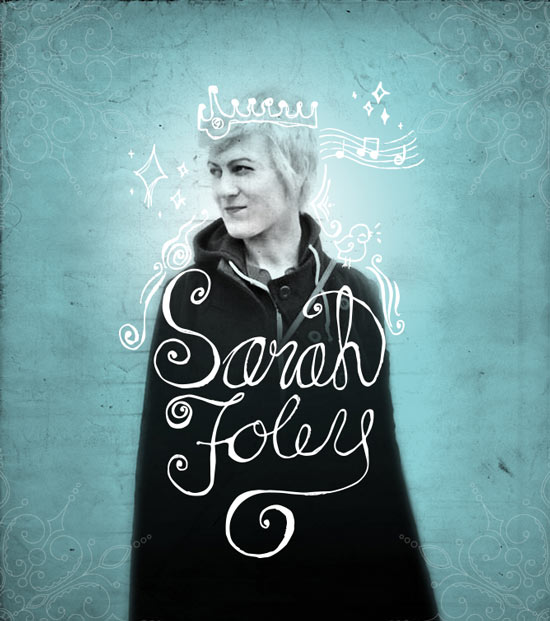 Sarah Foley is an art director, designer, educator, and letterpress printer based in New York City. She received her MFA in design from the School of Visual Arts MFA Design (Designer as Entrepreneur) program.

She is currently a Senior Art Director at Martha Stewart Living Omnimedia. Previously, she worked for Johnson & Johnson, Victoria's Secret, Spotco, and Sesame Letterpress. Sarah has taught graphic design at the Pratt Institute, (SUNY) Purchase College, and Mississippi State University. At Mississippi State, Sarah curated the MSU AIGA 4th National Student Competition and Show. When she's not in Brooklyn, she spends her vacations designing & printing gig posters at one of the oldest letterpress shops in the country, Hatch Show Print.

“Judging the CADC Annual Awards show was fun for a number of reasons. First off, the CADC board did a great job of making the process enjoyable by spending time getting to know us over breakfast, and setting forth the rules for the days ahead. I found it advantageous that Aaron, Aimee, Ben, Dwayne, and myself are from varied design backgrounds such as editorial design, packaging, branding, and advertising. The discussions we had, because of our unique backgrounds, were the most valuable, especially during the second day of judging when decisions were based on our group debates. I really enjoyed listening and being a part of the discourse that took place around projects worthy of high praise.” 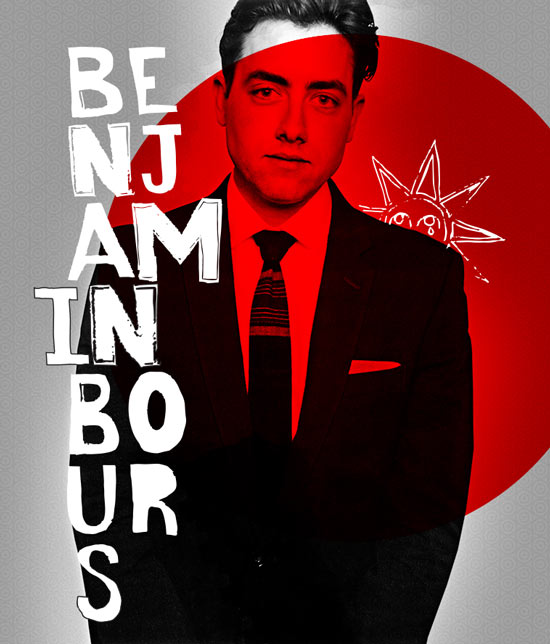 Ben is a graphic designer and illustrator with years of experience in branding and editorial design. As a Senior Designer at GQ Magazine, Ben is responsible for a large portion of the design content within the print and digital publication. He has been known to teach a class or two at The Maryland Institute College of Art, his alma mater, and moonlights as a citizen of The Netherlands.

“Working with Aaron, Aimee, Sarah and Dwayne to judge such a varied amount of work was awesome and quite a relief. There was a lot! And we couldn't have parsed through it without having such a great group of well rounded minds. It really was a great way to engage with people coming from different directions with different opinions. The discussions we had towards the end of judging were particularly rewarding. When there are only a final few projects left, you have to really fight for the ones you like; not everyone is going to agree with you.”